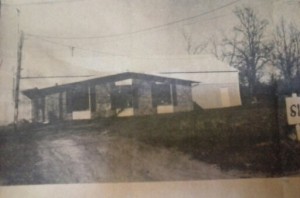 Established in 1972, Simmons Building Materials is now the longest active lumberyard in Centerville, Iowa.  The Simmons family has a rich tradition in the building trades industry, started by carpenter George Jefferson Simmons in 1895.  Royal Simmons, son of George, started his own construction business in the 1940’s after serving overseas in World War II.  Royal and his crew built many homes and buildings all over southern Iowa, including the band shell on the Centerville square, ISU buildings in Corydon and Chariton, the original gas station across from Raymond’s Dairy Creme, several water treatment plants and shelters at Rathbun lake and much more.  Royal was joined on the job by his son Steve in 1965 and later joined by his other son, Mark in 1970.  In 1972, Royal decided to start his own building supplies store and founded Simmons Building Materials in Centerville, Iowa.  Over the years, Simmons has had a part in many renovations and construction projects in the area.  Most recently, the company sold much of the material that went into the renovation of the Continental on the Square, Ritz theater, State street Service Station, and much more.  Currently, the company has three generations of the Simmons family working, with grandson Jon joining the team.  Over the years, the Simmons family has worked hard to build a business rooted in treating their customers with fairness and honesty.  Simmons would like to thank their loyal customer base for helping them continue to be successful.